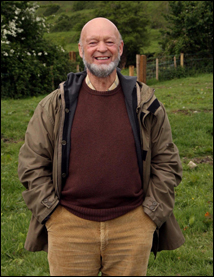 LONDON (CelebrityAccess MediaWire) — The godfather of the UK festival industry, Michael Eavis, is to be presented with the Outstanding Contribution award at this year’s UK Festival Awards. Having set-up Glastonbury Festival, under the original name of the Pilton Festival, in 1970 Michael Eavis has been a true pioneer of the outdoor music industry and been a leading light to most of the innovators we see today. Thirty eight years since he invented the idea of the modern outdoor music festival it is with huge pride that the UK Festival Awards honors its godfather.

And if that’s not enough, with just over a week to go until the fifth annual UK Festival Awards, awards producers VirtualFestivals.com
are delighted to announce that there will be an exclusive live performance from Pete & The Pirates following their headline slot at the BBC Electric Proms. Voting has now closed and the results are being carefully compiled in advance of the big day.

The UK Festival Awards celebrate the achievements of the most exciting and diverse festival scene in the world and takes place on Thursday 30 October 2008 at London’s Indigo2 venue. Having grown organically from its humble beginnings as exclusively online awards, the UK Festival Awards event has firmly established itself as the Oscars of the festival industry and the true people’s choice with record voting from the festival going public. With the likes of MGMT, The Tings Tings, The Verve, Elbow, Rage Against the Machine and more poised for award glory, this year’s awards are set to be the best ever. In the festival categories, Bestival and its embryonic sibling Camp Bestival, End of the Road, T in the Park and many more are battling it out to be honored on the night. The UK Festival Awards are proud to be partnered with and supporters of Nordoff-Robbins Music Therapy.

Time is also running out for industry movers and shakers to purchase their tickets to the event. Each ticket purchased for the awards will also gain the holder entry to the first ever UK Festival Conference in partnership with IQ magazine, YOUROPE and A Greener Festival. It’s been an interesting year for the festival industry and the conference will provide an opportunity for some of the industry’s most influential figures to debate the key issues concerning the future success of festivals. Bestival’s Rob Da Bank, Geoff Ellis of T in The Park and Andy Copping of Live Nation are just some of the captains of industry confirmed as panelists and keynote speakers. The UK Festival Conference will be held on the 30th of October between 10am and 5pm at the Gibson Showroom, Rathbone Place, London.

Tickets for the fifth annual UK Festival Awards are priced at £55 for an unreserved balcony seat. Tickets can be purchased at http://ukfa.ticketline.co.uk or by calling Virtual Festivals on +44 207 785 7389. –by CelebrityAccess Staff Writers