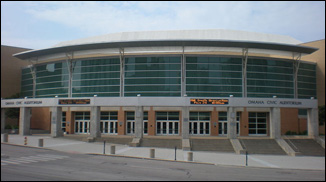 OMAHA, NE (CelebrityAccess MediaWire) — The City of Omaha is weighing their alternatives after a study determined that the Civic Auditorium is facing "functional and financial" problems.

The study, conducted by the nonprofit group Heritage Services determined that the building needs as much as $29 million in repairs while facing annual operating losses of $150,000 to $250,000 as the building's tenants flee for greener pastures.

City Mayor Jim Suttle told the World Herald that the city doesn't have the cash to foot the repair bill. Instead, Suttle has suggested assembling city leaders, Metropolitan Entertainment & Convention Authority (MECA) officials and other stakeholders to determine the future of the venue.

"We're going to have some collective discussions and collective decisions," Suttle told the World Herald.

Some of the options under consideration is turning the property over to developers or just closing the building, both of which would still cost the cash-strapped city money.

The 11,000 capacity arena first opened in 1954 and is currently home to the Omaha Lancers hockey team and the Omaha Beef indoor football team, both of whom are making plans to move to more modern digs. With both sports tenants gone, the primary use for the facility would become high school graduations.

"The Civic has just a nice feel," she said. "It's just a perfect fit for our graduations," Amy Friedman, a spokeswoman for the Millard school district told the World Herald. – CelebrityAccess Staff Writers