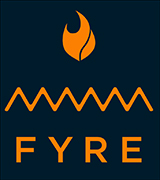 Everybody likes to pile on.

Rather than focus on the big issues, like Trump giving back to the rich, the great unwashed would rather concentrate on the foibles of a long in the tooth rapper and a greedy tech entrepreneur.

Then again, that's the world we now live in, one where everybody believes they can do everything. A failed real estate entrepreneur with multiple bankruptcies under his belt can become President and people with money and fame can become concert promoters.

It's a professional business, a skill, requiring boatloads of money and relationships. To believe you can become a successful concert promoter overnight is to believe you can shoot hoops in your backyard and instantly start for the Warriors.

Come on, we've seen this movie before. Nearly fifty years ago. Acts were ignorant, promoters were greedy and the experience was bad. INDOORS! Every outdoor festival was a financial disaster, sure, socially it showed that zillions of people could get together and celebrate their culture without killing each other, except at Altamont, but it took eons to figure out American festival promotion. Hell, the Woodstock reprises just about put a stake in the paradigm.

But you've got celebrities and athletes testifying as to its worth so it's worthy, right?

That's the seamy underbelly of today's world. Everybody's being paid, no one's being trustworthy. Near-unknowns feature products in YouTube clips and if you've got an audience there are corporations itching to give you money to promote their products and no one does any due diligence, other than to see that they're gonna get paid.

And you've got an ignorant populace that believes you can cut taxes on everybody and have the economy boom and that each and every fan is entitled to a front row seat at sticker price.

Focus first on the attendees. Why in the hell did they pay to go? Looking themselves in the mirror like Stuart Smalley and saying they're hip enough, cool enough and rich enough that they deserve to go on a private island getaway where they can revel in their status. Wrong! You can't buy your way inside, backstage is off limits, you've got to earn that. So when someone says if you just pay enough you're a member of the club, know that the club is not worth joining or you're not getting inside. Yup, buy that platinum McCartney ticket and expect to have a long dinner with Sir Paul. Ask him about his marriages, discuss your children's schooling. He really cares, he really does. Just like Adele and all of the other acts you want to see.

You're just one of a zillion fans, admit it. Either get on the bandwagon early and see them in a club or overpay on StubHub to be thrilled to be inside the building.

So I've got no sympathy for the wankers who bought in to this festival, this is the same Instagram crowd spending all their time illustrating they're better than you and me, forget it.

And then there's the greed of the promoters.

That's right, festivals are one of the few places where promoters can actually make beaucoup bucks. Otherwise all the revenue just goes to the acts. Create an event and you can get rich. But history tells us most events lose money for years. So, only those with deep pockets in the business continue, make the investment. Believe me, without Staples and the 02, AEG would not be launching new festivals, something's got to make up for the loss.

But everybody's greedy, everybody's looking for the easy buck. We keep reading how everybody's getting paid, why can't I? The techies, the influencers, all the empty suits.

So you end up feeling powerful that you can post, but this isn't the media of yore, where only a few outlets could afford ink, it's essentially free to everyone, all you need is an internet connection to complain.

And complain you do. About Fyre Festival, United Airlines, the service at the local emporium. Makes you feel good, that you've got a voice, right?

No, the truth is the techies and the corporations and the politicians are running circles around you, most negative publicity is just a blip on the radar screen, United broke that musician's guitar and then its stock went UP!

So what we've got here is bread and circuses for the masses, while the rich and powerful rape and pillage. And, as per usual, the sea of nobodies would rather take down a celebrity with a name, whom they know, like Ja Rule, than educate themselves and take down someone really powerful, like Robert Mercer, or the whole damn Federalist Society.

Don't know what that is?

Then you don't know why Dubya became President and Gorsuch is on the Supreme Court and if you don't think those things matter, you're not a relative of one of those guys who the state killed after our new Justice tilted the table and said it was o.k.

Actions have consequences. Which is why this Fyre Festival is such a disaster.

But the inability to educate oneself, to wrestle with the big issues, to take a stand, is a much bigger problem.

Just read the front page of the newspaper.

Oh, you don't have to, you get all the news you need on Facebook!