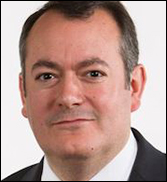 Dugher is a former Shadow Secretary of State for Culture, Media and Sport and has been a Labour MP for the seat of Barnsley East since 2010. He announced he was leaving the House of Commons earlier this month and he will become the third chief executive since UK Music was launched in 2008. Dugher was elected as the MP for Barnsley East in 2010 and was re-elected in 2015 at the general election. Prior to that he was a communications specialist working between 2008-2010 at 10 Downing Street, serving as the Prime Minister`s chief political spokesman.

He was previously a special adviser in numerous government roles, including Defence, Transport, Local Government, as well as for the Leader of the House of Commons and for the Government Chief Whip. He also worked in industry as UK director of government relations for EDS, then a large global technology services business (now Hewlett Packard).

Andy Heath, chairman of UK Music, said: “Michael is a first class and dynamic choice with a proven track record as a powerful supporter of British Music – both the artists and the commercial organisations. He knows the business and politics inside out.

“Jo has been a tireless champion for the music sector and has built an organisation which is now a powerful unified voice for the industry.”

Dugher added: "I`m thrilled to have been appointed chief executive of UK Music. I have engaged with the organisation for several years and have seen it go from strength to strength thanks to its board, chairman Andy Heath and previous CEOs Feargal Sharkey and Jo Dipple. There is a great team at UK Music who do brilliant work and I`m really looking forward to working with them.

"British music is a world-beating industry which brings huge economic benefits for our country. I am determined to work with all the individual members of UK Music – on the business and creator side – to ensure our industry is protected during the Brexit process and that we continue to thrive.

"Safeguarding intellectual property, protecting venues, promoting new opportunities and broadening diversity in the sector are all central to our work at UK Music.

"Music has been a lifelong passion for me and I`m looking forward to helping make a real difference as UK Music`s new chief executive."

Dugher will take up his position in mid-May.