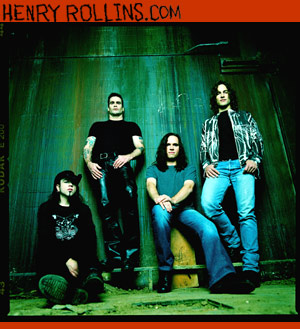 Rollins Band will do a benefit concert to take place March 8 at The Troubadour in Los Angeles. Henry Rollins has organized the concert specifically to benefit and bring attention to the murder case now known as the Robin Hood Hills Murders. The case of the three convicted young men, now known as the West Memphis Three was brought to national attention by the documentary film titled, Paradise Lost by Joe Berlinger and Bruce Sinofsky.

The West Memphis Three is a group of young men who were unjustly tried and convicted of brutally murdering three young boys in West Memphis, Arkansas in 1993. They are currently attempting to obtain a new trial, in order for two of the men to be released and cleared of all charges, and the third to be spared the death penalty. Money is desperately needed to help pay for the overwhelming legal costs.

The benefit evening will consist of performances from artists who believe in this cause. Confirmed to perform in addition to Rollins Band are Wayne Kramer’s Ship of Fools, and Exene Cervenka’s Original Sinners. A silent auction will occur throughout the evening featuring autographed items from Rollins Band, Supersuckers, Exene, and others.