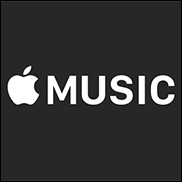 
Just like Apple pivoted when the indies and Taylor Swift complained about the three month no pay plan, when customers abandon Apple Music en masse after their initial trial, Apple's gonna pivot again.


Remember when Spotify was gonna be free for only six months? When you had to pay to get mobile? Spotify changed course when it realized it would be dead in the water without the freemium element and that the free tier generated paid subscribers.


We already know Apple Music won't work. Because of Beats. Come on, with every NBA player in existence wearing the headphones, with every star having his or her own personal model, people should have subscribed to Beats Music in droves. But they didn't. Because they're not inured to pay for music, they have to be taught to pay for music, via convenience and price. The moral argument fails. There's not enough innovation in Apple Music to make people give up YouTube, never mind switch from Spotify.

And speaking of YouTube, I had a conversation with Robert Kyncl wherein he quoted Steve Jobs, who said that you don't mess with something that's working. The record companies wanted to raise iTunes prices, Jobs said no. For a very long time. And Kyncl's point is YouTube pays money for its streams, and it's only going to get better, because of their advertising infrastructure.


The truth is companies need to spend dollars to reach consumers. And with the decline of network television they've got no choice but to go to the web. So YouTube sells against their best inventory. The selling is key! YouTube has sales departments around the world, working with advertisers, explaining how to extract the greatest benefit from YouTube clips. In other words, the reason you see so few ads on the free tier of Spotify, the reason the free tier pays so poorly, is because the company is doing a poor job of selling said ads. But, like YouTube, they will only get better and revenue will only go up.

So, come the fall, when Apple makes all of its product introductions, expect to hear that Apple Music will maintain its free tier. Of course, this isn't simple, the company will have to sell ads too, it will have to cripple usability on mobile, but it will be the only way to save face. Come on, these are not hidden numbers. Apple can't afford to have its service fail. And if artists and analysts trumpet paltry payments there will be a stink in Cupertino smelled around the world. All those billions in the bank can't counter negative publicity.


And speaking of publicity, my inbox is filled with people who think the Taylor Swift/Apple kerfuffle was planned, it was a hoax, all to publicize Apple Music. Based on my conversation with one of the players I don't believe this, but it's fascinating that our country has evolved to the point where no one trusts anyone in power. Credit the government. Wherein people say one thing and do another, politicians lie all the time, as do corporations, as do today's artists. You can seemingly trust no one but yourself.


But the truth is the commotion made Apple look good, it was a greater marketing campaign for the music service than the WWDC stream.


But this won't make people pay.


Spotify was there first, never mind the rest of the also-rans.

And Apple is offering nothing new. If radio were attractive, iTunes Radio would have triumphed, but it didn't. As for the vaunted social network Connect…is that our problem, a dearth of social networks? In a world where Windows Phone can get no traction and BlackBerry is dead and Nokia is on life support do we really think anybody cares about Connect?


No, they just want the music.


And right now it's free.


Until someone comes up with something so enticing and so easy to use that more people will pay for it.


We're close, but not there yet.


So freemium should survive, and it will.


P.S. When more people pay, middle class artists will still be screwed. Their income was based on scarcity. If you had a record deal and radio airplay you made money. But today everybody can play and you're competing against the greatest hits of all time. Therefore, the rich will get richer and the poor…will stay that way…as the middle class declines, just like in real life.