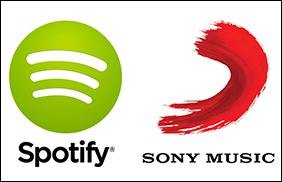 (Hypebot) – In a claim that, if proven, has far reaching implications, a group of American Idol winners including Carrie Underwood, Kelly Clarkson and the label 19 Recordings are suing Sony, saying that the music company's equity stake in Spotify sells them short.


In court documents unsealed today, several former American Idol winners and contestants and their label label 19 Recordings claim that Sony Music negotiated "to be paid a royalty rate that is substantially below fair market value so that it can receive other compensation that it does not have to share with 19 and its artists."


Because, like the other major labels Universal and Warner's, Sony is a minority owner of Spotify, the plaintiffs claim that they were not negotiating in good faith when deals were cut with Spotify. The filing, by Nashville entertainment attorney Richard Busch, states that other labels likely have similar deals with Spotify, according to The Tennessean.


"Each of the major record labels also own an interest in Spotify," states the filing. "…Together, and individually, Sony and the other major record labels therefore have significant power to exert control over Spotify in order to not only dictate how revenue will be paid, but wrongfully and in bad faith divert money from royalties that must be shared to other forms of revenue that they can keep for themselves."