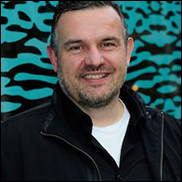 LONDON (CelebrityAccess) — Two former Live Nation executives Toby Leighton-Pope and Steve Homer have been named as joint CEOs of AEG Live's UK, based out of the company's London offices and reporting directly to AEG Europe president and CEO Tom Miserendino.

While at AEG UK, the two will handle the company's concert business in the market, which includes key venues such as the Indigo at O2 Arena and the Eventim Apollo as well as music festivals such as Barclaycard Presents British Summer Time.

In a joint statement, the two said: “It’s been rumoured for a while and so we’re pleased to announce our move to AEG Live UK. Together we are excited to work with a great team with the aim of growing AEG Live UK.”

Miserendino added: “I am excited to welcome Toby and Steve to AEG and look forward to working with them as we continue to grow our business in the UK and Europe. With their leadership at AEG Live, I’m very confident we have a bright future ahead of us.” – Staff Writers