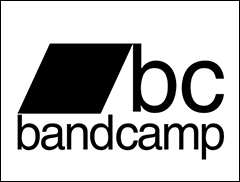 (Hypebot) – 400 indie labels have teamed with Bandcamp to protest Trump's actions against immigrants. Today, Friday, Bandcamp and these artists and labels will donate a share of sales to the ACLU.

Today, Friday, February 3rd, starting at 12:01am Pacific Time, Bandcamp, along with 200 400 indie labels and artists, will donate a share of today's sales to the American Civil Liberties Union as a protest against the Trump administration's recent anti-immigration actions. Bandcamp will donate 100% of their share of the proceeds of every sale, and the 200 artists and labels will add a share of their sales.

"Like 98% of U.S. citizens (including the President), I am the descendant of immigrants – my great-grandparents came to America from Russia and Lithuania as teenagers and worked in sweatshops until they were able to afford to bring the rest of their families over," wrote Bandcamp co-founder Ethan Diamond. "Most everyone you speak to in this country has a similar story to tell, because we are, in fact, a nation of immigrants, bound together by a shared belief in justice, equality, and the freedom to pursue a better life. In this context, last week’s Executive Order barring immigrants and refugees from seven Middle Eastern countries from entering the United States is not simply immoral, it violates the very spirit and foundation of America."

"This is not who we are, and it is not what we believe in," he concluded. "We at Bandcamp oppose the ban wholeheartedly, and extend our support to those whose lives have been upended."

To show solidarity with the immigrants and refugees from the seven banned countries, as well as those impacted by the construction of the Mexican border wall, Bandcamp also compiled a list of albums made by artists from the affected countries.