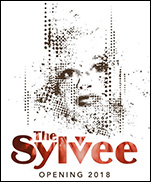 The 2500 capacity concert hall will be named The Sylvee in honor of Sylvia Frank, who co-founded Frank Productions with her husband Herb in 1964.

Syvlia passed in 2006, but her sons Larry and Fred, who now oversee Frank Productions, felt the concert space would be a fitting tribute.

The Franks plan on breaking ground this spring with opening for the venue tentatively scheduled for summer 2018.