(Hypebot) — With so much music spread across so platforms and playlists, artists are able to experience short-term success but are finding it difficult to build a sustainable career.

Streaming has given more artists than ever a shot at short-term popularity, but that alone is not enough to build careers.

The music industry has a discovery problem. As audiences increasingly turn away from television and radio, opportunities for mass exposure are limited. Streaming is a stopgap offering exposure through popular playlists, but with millions of playlists in existence across numerous platforms, each with specific themes and audiences, the likelihood of any song propelling an artist or group to widespread popularity is low.

People may complain about radio’s repetitiveness, but it remains the platform most likely to break an artist into mainstream popularity. The problem is, most radio stations have limited space for new artists in their rotation. Labels may be able to convince stations to add more slots for new talent, but figuring out how to do so without driving away listeners looking for certain levels of quality and familiarity is a complicated formula that the industry has not cracked.

Discovery also cannot be dependent on the influence of money. That has long been the case, which is why labels are still useful to many artist’s careers. Business savvy talent may be able to make themselves known in the digital space with viral hits and creative marketing, but going from clubs to theaters and larger venues requires an added level of success that digital popularity alone cannot manifest.

Think about Lil Nas X for a moment. His knowledge of internet culture and a knack for creating memes helped propel “Old Town Road” into the spotlight, but it wasn’t until he had the support of a label that the song reached number one on the Billboard charts.

Another example of funding pushing an artist over the threshold between notoriety and rockstar level fame is Billie Eilish. When the teen songwriter’s debut album dropped in March, it was plastered across every major streaming service. That level of exposure is not provided for free by the companies behind those services. Eilish’s label had to negotiate deals, create exclusive content, and work many hours to make that level of promotion happen. Would she still have an excellent record without the label’s help? Most likely, yes. Would she still be selling out arena tours nearly a year in advance? Probably not.

Streaming may have created more avenues to short-term success for independent artists, but there are no clear paths to mainstream exposure without succumbing to the same industry machine that has been chewing up and spitting out talent for the last century. That said, there is a glass ceiling of sorts that a select number of forward-thinking, consumer-focused artists can achieve without giving into tradition. These are artists who build communities around their music that propel them into longterm success through fan retention and consistently strong releases. Such careers are often the result of multiple albums and tours. Rarely, if ever, are they possible without years of work.

An example of this ‘outside the machine’ success would be Drew Holcomb, a singer-songwriter from Tennessee who has dedicated the better part of two decades to his career. Holcomb’s Americana-influenced style has developed help him develop a community of devoted fans who seek out his tours and releases. He does not need placements in prominent publications or mentions by popular music influencers to continue his career. Holcomb plays to packed theaters, and that level of success is more than enough to support his family. It’s a good life, but the chances his profile raises much, if any, further without a substantial amount of third-party funding is low.

The myth of the independent success story has grown transparent over time. People know the ‘self-made’ stars promoted to them on any significant platform owes a high debt to an office of hardworking industry professionals. Streaming was meant to usher in the future of music, but instead, it has retrofitted classic industry schemes for a new generation of talent. Unless there can be a low-cost entry for unsigned artists to reach the masses, the major labels will continue their reign over the business.

But the discovery problem also exists outside streaming and listening. With more artists touring than ever before, the opportunities for young talent to gain exposure through performances appear to be shrinking. Legacy acts are not taking unknowns on tour with them, nor are those few artists able to fill stadiums. Mid-level talents are filling their tours with other mid-level talents to justify playing venues they might not otherwise book. The few opportunities for newer artists that do exist on prominent tours and festivals are often pay-to-play scenarios. Others are gifted to artists who live on the same label or management company as the headliner.

With all this in mind, where do young musicians go to excel on their own merit? How does an artist today start a career and work their way to the top without submitting to the authority of the industry machine? Is it even possible to do so?

The age of streaming has not delivered on its promise of making the industry better for independent talent. It has opened more doors, yes, but all those doors lead to the same system that has been in place since the dawn of the industry. The margins are slimmer, the opportunities are limited, and the ability to do anything truly independently is disappearing at an alarming rate. To build a better industry for everyone, we must create paths to sustainability for all musicians. Discovery is one part of the problem, but exposure alone is not enough to build a career. We owe artists more than we are giving them, and the time to make a change is now. 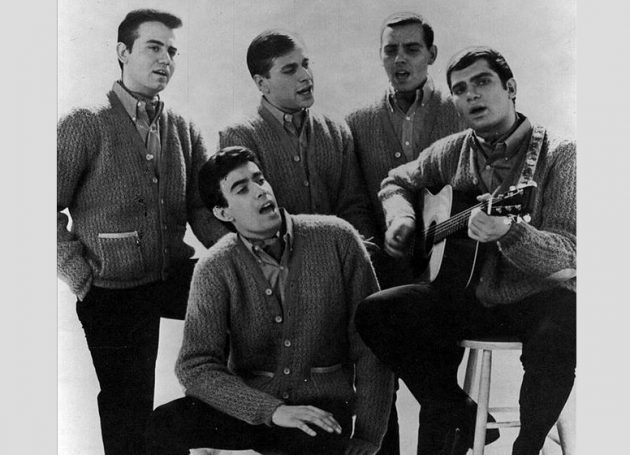