(Hypebot) — With and increasing uptick in the consumption of digital music, DSPs and rights holders are struggling to deal with the ever-increasing amount of data. Here, a Synctank looks at some of the causes, and possible solutions to the issue.

With the multiplication of digital platforms and the increasing consumption of digital music, DSPs and rights holders have to deal with an increasing amount of data that they could easily drown into, according to a panel of experts during the virtual Data, Rights & Royalties Summit, put together by metadata specialist Synchtank.

“For so long it was so simple and now there is so much data that you are drowning in it,” noted Janet Landrum from Synchtank.

Landrum said systems were created for dealing with licensing in a physical world, which was low volume, and the switch to digital meant that the transaction model led to lines of data, forcing rights holders, societies and platforms to build systems to ingest and digest high volumes of data.

A strain on rights management systems

For Michael Lau, Chief Operating/Chief Technology Officer at Round Hill Music and President of the New York Chapter of the Association Of Independent Music Publishers (AIMP), said the volume of data “puts a strain on rights management systems,” dealing with hundreds of thousands of lines of data. In addition, systems have to adjust to more platforms popping up, as well as more and more aggregators and DSPs. “To keep up, we have to be more agile and quick,” he said.

Mick Hayes, director of product management at ICE, the digital licensing hub set up by the UK’s PRS for Music, Germany’s GEMA and Sweden’s STIM, said the work of rights management organizations was complicated by the fact that there is now an even wider range of platforms to license, with different business models, and they all require dealing with high amounts of data. As a result, gone are the days when each society thought it could set up systems and deal on its own with the volume of data.

“We have to stop being competitive on some elements, where we try to share the load so we are not repeating the same thing,” said Hayes. “But doing that requires a new mindset as opposed to the competitive mindset of the past.”

The need for a single global database

One of the key issues discussed during the panel was the absence of an authoritative database of sound recordings and compositions, constantly updated, that would help speeding up the right management process with more accuracy. Hayes stated that he did not believe that the industry will be able to set up a Global Repertoire Database, but could get close to it as more collective management organizations work together.

“We will never get all [the CMOs] to join the same club but we will get more consolidation of services and more processing hubs,” said Hayes, for whom these hubs will reduce the number of databases around. “Hubs make it easier because you go from 40 companies doing it to five,” he said, taking as an example the recent collaboration between US societies ASCAP and BMI which will allow them to be more efficient.

Matt Phipps-Taylor, chief information officer at peermusic, said the independent music company was now dealing with 60 times the volume of data from five years ago. ‘It’s a a bit scary, really, because we are talking about substantial volumes of data,” he said. “And it is great in a way, because there are more different ways of licensing music, and more transparency and more details on how music is used. And we can pass this transparency to our songwriters.”

One of the ways to avoid drowning in data, said Phipps-Taylor, was to constantly “improve the process,” “minimise the need for human intervention,” and “re-engineer the process to minimize duplication.”

For Phipps-Taylor, one of the weakest links has been the CMOs through which a lot of money flows from different places, but – to use his comparison  – where “the plumbing has been notoriously leaking.” He added: “CMOs have the opportunity to be leaders in improving plumbing.”

Phipps-Taylor welcomed the recent initiative from CISAC, the International Confederation of Societies of Authors and Composers, to assign faster ISWCs, the identifiers for compositions and make it possible for rights holders to enrich database and “contribute to an industry process.” 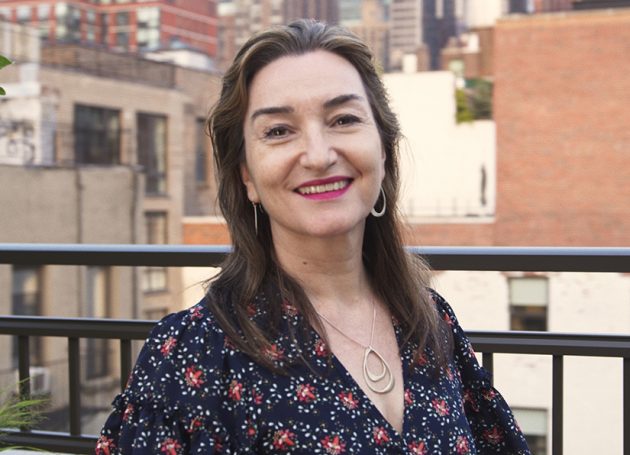