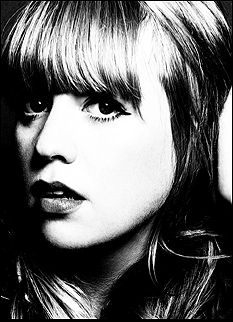 Alexz Johnson is an independent Canadian singer/songwriter and actress based in Brooklyn, NY. With a unique soulful folk-pop sound and passionate songwriting style, it's no wonder Alexz Johnson has been called a modern day Stevie Nicks with the vocal style of Aretha Franklin. In support of her new album, Alexz is joining Jared & The Mill on a Fall tour that will kick off October 16th in Boston, MA and wrap on December 6th in Philadelphia.

Johnson's success in TV and film as a young adult (Instant Star, So Weird, Final Destination 3) not only landed her a Gemini Award (Canadian Emmy) in 2008, but also helped her garner a massive grassroots fan following. In the absence of traditional support, Alexz has continued to build a strong following in an independent market. Deciding to release her Skipping Stone EP through Kickstarter, over $67,000 was raised overall allowing her to tour 17 cities with her band across the US and Canada. Earlier this year, Alexz's fans once again showed their support when she raised over $50,000 on PledgeMusic to produce her HEART EP and upcoming full-length, Let 'Em Eat Cake.

Born and raised in Canada, the middle child of nine siblings, Alexz began writing songs with her brother Brendan at the age of 12. After writing for and portraying musicians in multiple Canadian films and TV shows, Alexz began to experiment with her own unique pop/soul sound. This attracted the attention of major labels, signing first to Capitol Records in 2005 and Epic/Sony in 2008 (completing a full length record with legendary producer Greg Wells). Due to internal changes, the album never got its proper release.

In 2012, Alexz's release of "Walking" premiered on MTV Buzzworthy and by the end of the year landed her on Billboard's "Uncharted to Watch" list. Alexz's songs have been featured in the likes of Instant Star, Degrassi (including the theme song for season 11), Pretty Little Liars, The L.A. Complex, and most recently in Season Three of WIGS series, BLUE, produced by Jon Avnet, directed by Rodrigo Garcia, and starring Julia Stiles. Johnson wrote and composed the music for the season, and also plays the girlfriend of Jane O'Hara's character in this award-winning series.