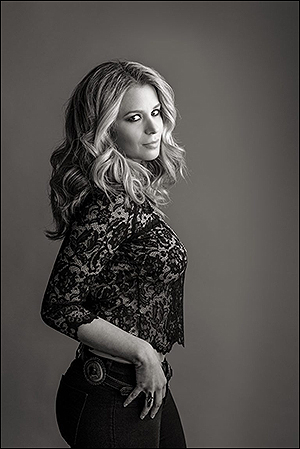 “Ever since I was a child, music has been my most trustworthy companion. I have always taken it everywhere with me. It fills me up completely and I’ve never felt alone,” said Cash. “I remember feeling the music deep in my bones. I still do. When I began songwriting, I merged melodies and music to paint a picture of the inner workings of my soul. No matter the human framework of a tough, guarded exterior, the mind and emotions are dazzlingly complex. The Tough Love EP is my own personal sonic spectrum of these inner complexities.”

Recorded at the historical Cash Cabin Studio in Hendersonville, Tennessee, The Tough Love EP showcases Cash's vocal range with brilliant ease and rootsy soul. Influenced by long nights of singing in dusty bar rooms and hours turning up scratched blues and rockabilly vinyl records, Cash reaches deep as her songs explore and surpass new boundaries. A focal track on the project is a unique interpretation of John Anderson’s “Seminole Wind” in which was exclusively featured via Country Rebel. The first single from the EP, “Tough Love Woman” will be available soon.

“The songs on her new record have ‘a dark and mysterious flair,’ and that flair is obvious in ‘Seminole Wind,’” said Country Rebel. “Her rendition is beautifully haunting, so much in fact that it is sure to give you goosebumps when you hear it.”

The title track, “Tough Love Woman,” written with master songwriter Shawn Camp, displays the seductive energy, distinct creativity, and empowering voice that Cash acquires as an artist. The duration of the EP expands Cash’s connection to rockabilly and gritty blues, with a flavor for country and soul. The Tough Love EP is a taste of what is to come on Cash’s forthcoming full-length album.

Ana Cristina Cash was born and raised in Miami, FL. Her parents moved to the United States in the early 1960's from Cuba during the onset of the revolution. Throughout Cash’s youth, she was exposed to music from many different genres. Her material exhibits a broad vocal range, spanning from an expressive and resonating contralto to an amazingly high coloratura soprano, exhibiting what is known to some as a “whistle register.”
Cash, who is bi-lingual, started her professional music career at 6 years of age, quickly becoming an accomplished champion of the singing contests on the variety show, “Sabado Gigante.” At the age of 16 she signed to Sony Music’s Latin division and released her first album, Ana Cristina, in the Spanish language.

In 2005, Cash became the first Hispanic in history to perform the "Star Spangled Banner" at a Presidential Inauguration. She was invited a year later to perform at the White House and sing for the President of the United States, the Crowned Prince of Spain and other notable world ambassadors.