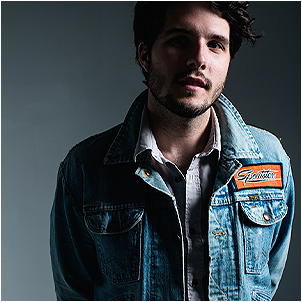 (CelebrityAccess) – New York City-based Americana singer-songwriter Brian Dunne is hitting the road in celebration of his new album, Bug Fixes & Performance Improvements, which was just released in May. The tour run includes shows with The Stray Birds, Pat McGee, and Lilly Hiatt. (See list of confirmed tour dates below; more dates will be announced soon.) Already he’s been busy on tour in 2017, including dates with Joan Osborne, Delbert McClinton, Liz Longley, and Ryan Montbleau, as well as performing on the Cayamo Cruise (along with Emmylou Harris, Steve Earle, Brandi Carlile) in early 2017. Last year, Dunne supported tours for Will Hoge and Liz Longley, and performed at Off The Record Music Festival and Down The Hatch.

Dunne’s first single from the album, “Don’t Give Up On Me,” premiered in February on SiriusXM’s Coffee House, and the second single, “You Got Me Good,” was released in April. Dunne’s recent appearance on NPR’s Mountain Stage aired in May.

“I made this record to play live,” says Dunne. “I wrote these songs while traveling around the country and nothing is better than bringing the music back to its natural habitat.”
Produced by Dunne himself and engineered by Andrew Sarlo (Big Thief, Nick Hakim), Bug Fixes & Performance Improvements is flush with twang and heart, with more than a passing nod to folk and Springsteen-esque everyman rock in its Americana goodness. Dunne found inspiration and song topics everywhere; a conversation with his friend Longley (who sings on “We Don’t Talk About It” on the album) inspired the lead track, “Tell Me Something.” “Taxi” is a song about the pursuit of something invisible and intangible, and the risk that comes with it. “You Got Me Good” is a song about being a sucker, while “We Don’t Talk About It” is a reflection on how we treat the people we’re closest to, and “Chelsea Hotel” deals with the crutches we lean on when our lives are too difficult to withstand.

“The record didn’t really take shape until I came up with ‘Don’t Give Up On Me’ one afternoon, sitting at my living room table,” says Dunne. “It seemed to sum up my mission statement for the whole record. It’s about the devotion to maintaining your idealism as the world makes you more cynical. It’s about putting your chips back on the table after you’ve suffered a big loss. And if you have to lose again, lose in a big way. I love that idea.”

Dunne grew up in upstate New York, and after graduating from the Berklee College of Music he made his way to New York City where he settled in Brooklyn. In 2012, he released The Brooklyn Bridge EP. That was followed in 2015 by his album Songs From The Hive, his musical nod to The Band and Bob Dylan, which garnered the attention of outlets like No Depression and Daytrotter. He toured extensively following its release, boasting nearly 300 shows in a year and a half where he won praise from fans and press alike.