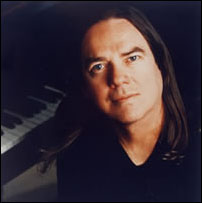 NASHVILLE (CelebrityAccess MediaWire) — The American Society of Authors, Composers & Publishers (ASCAP) will present Jimmy Webb with the ASCAP Voice of Music Award during its 44th Annual ASCAP Country Music Awards ceremony at Nashville's Ryman Auditorium on October 23. The gala honors the songwriters and publishers of ASCAP's most performed country songs of the year.

"I am so proud of Jimmy Webb and am delighted to be honoring him with our Voice of Music Award," said ASCAP President and Chairman Marilyn Bergman. "It is a pleasure to serve with him on the ASCAP Board of Directors. I've loved and admired Jimmy's songs long before I knew him and could call him 'friend.' He brings something special to everything he does."

The prestigious Voice of Music Award, presented in recognition of the artists and songwriters whose music illuminates people's lives through song, has only been given five times in ASCAP's history. Webb joins Kenny Chesney, George Strait, Garth Brooks, Amy Grant and Diane Warren in receiving this very special recognition.

Webb, the son of a preacher from Elk City, OK, is the only artist to receive Grammys for music, lyrics and orchestration. He almost single handedly defined the soundtrack of later 20th century music with "By The Time I Get To Phoenix," "Wichita Lineman," "MacArthur Park," "Up, Up and Away," "Highwayman," "The Moon's A Harsh Mistress," "Galveston" and "Didn't We," and Webb provided influential songs for artists as diverse as Linda Ronstadt, r.e.m., Frank Sinatra, Urge Overkill, Rosemary Clooney, Glen Campbell and the 5th Dimension.

"Jimmy Webb exemplifies everything that this award stands for," says ASCAP Senior Vice President Connie Bradley. "He is an artist, a songwriter, an author and a man who brought music to film, television and the stage. For all his diversity, Webb has created an intimacy to his song, each allowing for reflections of individual experiences." –Bob Grossweiner and Jane Cohen