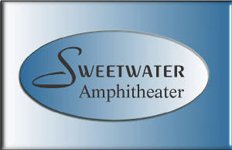 The developers behind Sweetwater Amphitheater at Eastlake, Darrin Snyder and Holly Sweet of Tennessee, told the Roanoke Times that they plan to begin construction soon and have the facility open by next year. They plan to bring about 30 concerts between April and October each year to the amphitheater.

Snyder and Sweet have been talking to county officials since March 2006 and formally started the rezoning request process in November. Last month the county planning commission voted 7-0 to recommend approval for the request.

County Supervisor John Sharp called the amphitheater a “tremendous asset to the community,” reportedly reflecting the general consensus of the board.

Snyder and Sweet still have to receive some permits and get their site plan approved by the county, but appear to be on track to open the shed in 2008. –by CelebrityAccess Staff Writers