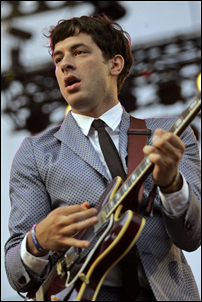 LONDON (CelebrityAccess MediaWire) — Boy George will be embarking on his 33 date tour this fall. The tour begins October 22nd and will end December 2010. It is the largest arena tour of its type in Germany, Holland and Belgium.

Before Boy George hits the road he is teaming up with Marc Ronson on Ronson’s next album.

Mark Ronson has been working on his next album, Mark Ronson and the Business and he's particularly excited about, ‘Somebody To Love Me,’ his collaboration with Boy George.

Ronson’s album is due out this summer.