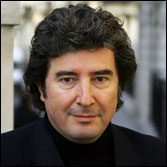 Nicoli has established an international division for the management of EMI's recorded music business outside the UK and North America, promoting JF Cecillon to lead it in the new role of chairman and CEO of EMI Music International. Cecillon, who was formerly chairman and CEO of EMI Music Continental Europe, now oversees EMI’s recorded music operations in continental Europe, Japan, Asia, Latin America and Australia/New Zealand, reporting to Nicoli.

EMI Music's North American business will continue to report directly to Nicoli, as will EMI Music UK & Ireland under its chairman and CEO, Tony Wadsworth.

Nicoli said: "For the past two and a half years, JF Cecillon has led our continental European operations across 21 countries and delivered a major turnaround in that business. During his tenure, EMI's market share in the region has grown by nearly three points, profits have tripled and new artists have been established including Raphael, Diam's and Camille in France, La Fee in Germany, Amaral and Bebe in Spain, and Finley, Subsonica and Mondo Marcio in Italy. He is the ideal candidate to help me run our recorded music business outside the UK and North America."

"Ian Hanson is a proven deal-maker who has played a central role in developing and implementing new and innovative strategies across the business, from pioneering artist agreements with artists such as Robbie Williams, through to driving efficiencies in EMI Music’s global supply and digital distribution chain. His wide-ranging experience of all areas of the business’s operations will be key as we look to grow EMI Music over the coming years." – CelebrityAccess Staff Writers