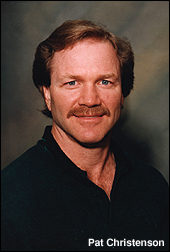 Pat Christenson, longtime director of the Thomas & Mack Center/Sam Boyd Stadium/Cox Pavilion at the University of Nevada, Las Vegas, announced July 2 that he will resign Aug. 12.

Christenson will take over as president of Las Vegas Events, the special event arm of the Las Vegas Convention and Visitors Authority, where he will continue working to bring top entertainment acts and sporting events to Southern Nevada.

"I've been at UNLV for 21 years, directing the venues for 10 years, and it seemed like I'd done as much as I can," Christenson, 46, told the Las Vegas Sun. "My goal was to get those buildings fully modernized, and I feel like I've done that."

More than $20 million worth of improvements were made to the three facilities.

Christenson began at UNLV in 1980 as an assistant wrestling coach and event coordinator for UNLV athletics.