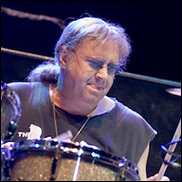 LONDON (VIP NEWS) — British hard rockers Deep Purple have cancelled three shows they were scheduled to play in Sweden and Denmark this week.

The shows was cancelled after Ian Paice had a mini stroke and were taken into hospital in Stockholm.

Ian Paice has put out a statement on Deep Purple`s website:

"To all the people who were expecting to see Deep Purple in Sweden and Denmark this week I would like to let you know the reason the shows were not possible, and also to stop all the speculation and rumors.

On the morning of the 14th of June I woke up to find that the right side of my body was feeling numb and I could not control my right hand and fingers.

So I had myself admitted to hospital where I was diagnosed with having suffered a “mini stroke”, or TIA.

The hospital staff in Stockholm were amazing and started my treatment straight away.

After both CT and MIR scans there was found to be no serious or permanent damage.

As of this moment all I am suffering is a slightly numb right side of the face a tingling sensation in my right hand. My dexterity in the hand is coming back quickly and I fully expect to re commence touring next month.

So now I have a set of tablets which have to be taken every day to ensure it doesn¹t happen again!.

So sorry for not being able to play for you.
And I’m sorry for myself!
These are the first shows I have missed with DP since its formation in 1968.

Thanks to all the people who have shown concern and sent their best wishes.