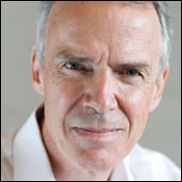 LONDON (VIP NEWS) — EMI has appointed a group-wide chief executive, and vowed to make its music label and publishing arms work closer together.


Roger Faxon, who was previously the boss of the EMI Music Publishing, will now also have responsibility for EMI Recorded Music.


EMI hopes the change will enable it to boost earnings for both its artists and songwriters.


EMI's music publishing unit represents songwriters, while the recorded music division looks after its performers. In many cases EMI has artists signed to both divisions.


As a result of the restructuring, Charles Allen is standing down as chairman of EMI Recording Music.


Mr Allen, the former ITV boss who had only been in the job since March, will become an adviser to both EMI and Terra Firma, which is a private equity group.


Terra Firma bought EMI for £4bn ($5.9bn) at the peak of the last economic boom, and has since struggled to meet the terms of its loan agreement with US bank Citigroup.


Last month, Terra Firma promised to inject more than £100m into EMI to prevent Citigroup from taking control of the record company.


Terra Firma owes Citigroup an estimated £3.2bn. –According to BBC