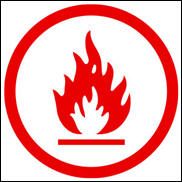 LAWSONVILLE, NC (CelebrityAccess MediaWire) – Hollywood Hollow in Lawsonville, NC, a stokes county music venue was fined $54,800 for 366 fire code violations. According to Stokes News the business will still be allowed to operate after the proper adjustments are made but will be under strict supervision by the Stokes County Fire Marshal’s office.

The monetary penalty was issued to the owner of the Hollywood Hollow during a Jamey Johnson concert on Saturday March 7th, who has recently been packing in the crowds.

Burcham and Assistant Fire Marshal Travis Grey handled the overcrowding “We had ’em go on stage and make an announcement,” Burcham explained how the situation was initially handled.

The directive was that everyone must go outside. Then Burcham and Grey began to allow concertgoers back inside, counting them off as they entered the venue. When the number reached 492, the doors were shut, according to Stokes News.

Many Johnson fans were annoyed that they were not allowed to re-enter the concert. Some said to have come from as far as four hours away with travel expenses such as hotel rooms .

Stahley, the venue owner, issued this statement: “I want to apologize to every legitimate ticket holder that didn’t get in the show. If they give Hollywood Hollow another chance, it will not happen again. We’re gonna continue to try to bring A-list artists to Stokes County.”

Stahley noted that he is working with the fire marshal to put in more exits so that the business can hold more people. He is also planning to use third-party ticket vendors in the future.

Stahley is in negotiation with Jamey Johnson, who contacted him, to do another show, maybe outdoors and according to Stokes News anyone with a ticket stub from this previous March 7th show will be let in for half price– by CelebrityAccess Staff Writers