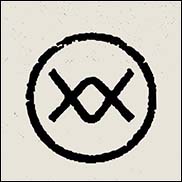 ST. CHARLES, Iowa (CelebrityAccess) — Two days of torrential rain and flooding risks from the adjacent Raccoon River forced organizers of the first annual Hinterlands Music Festival to change the location of the event just days before the fest was to take place.

"Due to flooding concerns at Water Works Park, Hinterland is moving locations to Avenue of the Saints Amphitheater in St. Charles, Iowa — a beautiful rural setting just a short 26 minute jaunt from Des Moines, directly south via I-35," organizers said in a post on the festival's website.

The change of venue forced the festival to scale back on camping on offer at the event, with no RVs allowed and camping space available on a first-come-first-serve basis.

“It was like taking a year’s worth of planning and starting over with about three days to do it,” festival organizer Sam Summers told local NBC affiliate WHOHD.

Despite the change of venue, Summers said that the move didn't have a huge impact on attendance, which was reported to be around 16,000.

“We probably refunded about 400 tickets,” he told WHOHD. “We had about 6,900 tickets sell at the door Friday night, and tonight is expected to be even bigger.” – Staff Writers