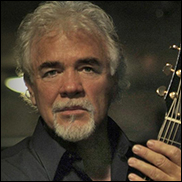 
“I had the honor and privilege to sing at my friend’s Lynn Anderson’s funeral, so I am glad to fill in for Connie and Marty as they go out to sing for Merle’s service. He was one of my personal heroes.”- Gary Morris.


Having performed for Kings, Queens, Prime Ministers and every US President beginning with Jimmy Carter, Gary Morris is a talent who has amassed varied fans from around the World. Morris is a prolific songwriter, but is best known for his recording of “Wind Beneath My Wings,” which went to number one and won song of the year from both the Country Music Association (CMA) and the Academy of Country Music (ACM). The song was later recorded by Bette Midler, who took the song to the top of the Pop charts. Morris has had 5 Number 1s and 16 Top 10 singles on the Country Music charts. Besides his signature song, his many hits include; “Why Lady Why,” “Second Hand Heart,” “The Love She Found In Me,” “100% Chance of Rain,” “I’ll Never Stop Loving You,” and many other Country classics.


In 1982, Billboard Magazine named the tall vocalist “Male Artist of the Year.” As his career began to rise in the mid 80s, he played Rodolfo, starring with fellow country and rock artist Linda Ronstadt, in the opera La Boheme. Next the Ft. Worth native earned the lead role of Jean Valjean the production of Les Miserables on Broadway. Gary Morris was the first American actor/singer to perform the lead role of Valjean. He earned the Drama Desk Best Actor nomination and a Command Performance for Queen Elizabeth. Morris' rendition of "Bring Him Home" can be found on the Official platinum-selling Grammy Award- winning International cast album.


He had a recurring acting roles in General Hospital, The Colbys, Designing Women and Mike Hammer to name a few, he has been called upon to sing the title movie soundtracks including “Blind Date,” as well as the title cut for NBC’s daytime soap opera “Another World.” Many of his songs have been placed in television series such as “Dallas.”


The Colorado resident is currently recording, touring and working on film projects.
ý