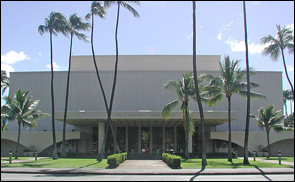 HONOLULU (AP) — The Neal S. Blaisdell Center Concert Hall is being "tented" and fumigated to eliminate termites and other pests.

Honolulu officials said Wednesday that the work, valued at $125,000, is being performed by Kamaaina Termite and Pest Control at no cost to the city.

Acting Mayor Kirk Caldwell thanked the company for the gift, which the City Council approved Aug. 18.

No one will be admitted to the building until the work is completed.

Officials say the building will remain covered with sealing tarps for several days, and will remain closed for cleanup until late next week.