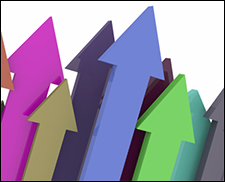 The premium music service, a feature-filled subscription product that grant access to a catalog of music, is helping create a new, golden age of music. The dollars are returning to the U.S. record business. More people are paying for music. U.S. recorded music revenues in 2016 were the best in seven years. Improving conditions—better services, greater access to mobile broadband, changing consumer sentiment—have guided premium services out of near-obscurity.

Pandora Premium, Pandora’s premium service with on-demand features, arrives just as the industry hits a turning point. Once a lagging product, the pay-for-access service has overcome legacy formats to become the industry’s breadwinner. Last year, premium service revenue were 20 percent greater than sales from download purchases and 36 percent higher than purchases of all physical formats. In addition, premium’s share of total recorded music revenue rose to 30 percent in 2016 from 18 percent in 2015. With purchased music revenue falling, those numbers will only get larger in the coming years.

Over the next four years, premium music services are expected to see dramatic growth on top of the strides made in the last few years. IHS Markit forecasts the premium market will rise 70 percent in 2020 to 51 million subscribers from 30 million in 2016. At the standard $9.99-per-month rate, 51 million premium subscribers would be worth $6.1 billion— good news for artists and labels seeking more streaming royalties.

There are four key reasons why the premium market is well positioned for strong growth over the next four years:

1 Streaming has won the format war;

And there are two main reasons Pandora is well positioned for success in the premium market:

5 Pandora already has 77 million monthly unique users who are potential subscribers; and

6 Pandora Premium is differentiated by its approach to music discovery and ease of use.

The growth in premium services has been remarkable, pushing U.S. recorded music revenues up 11 percent last year, the best pace in a decade and the first significant change after five years of flatness. The number of premium subscribers, as tracked by the RIAA, nearly tripled from 2014 to 2016.

Given the current growth pace and favorable market trends, a forecast of 51 million subscribers by 2020 seems achievable.

Even though people have owned music for decades, they’re now spending more time streaming music than listening to “owned” music such as CDs, downloads and vinyl LPs. In the fourth quarter of 2016, streaming accounted for 15 percent of audio listening for people 13 and over, a slight edge of owned music’s 14-percent share, according to the latest “Share of Ear” study by Edison Research. (Pandora had 52 percent of all time spent listening to streamed audio.)

Revenue gains also support the notion that people are now streaming more than listening to downloads and CDs. Just a few years ago, digital downloads dominated record industry revenue while streaming, although increasingly popular, lacked the financial heft of purchases. Equilibrium was reached in 2015 when revenue from the three areas of streaming (premium, ad-supported on-demand, and SoundExchange distributions) was equal to all sales from purchases (digital downloads, CDs, LPs, cassettes, ringtones).

Then last year came remarkable growth. Streaming revenue was double that of purchases. The number of streams tracked by both BuzzAngle and Nielsen Music grew about 83 percent. (Pandora streams are not tracked by either company.) More pertinent to this article, streams at premium services grew 124 percent. Quite simply, the tide had turned.

2.The premium service is now a need-to-have product, not a niche product.

Consumers have become more aware of premium services and have developed a better understanding of their service’s value proposition. Having unlimited access to a curated, personal selection of music can be easier and more fulfilling than downloading tracks and cataloguing them on a hard drive or cloud locker. These premium services aren’t just nice to have, they’re becoming needed by music lovers.

Another number points not just to growing acceptance but a genuine love of premium services: 2016’s 11.8-million net subscriber gain, seen in the RIAA’s figures, suggests consumers have truly embraced the subscription model.

3. More people are paying for music.

The number of Americans who paid for music, in any format, has risen in each of the last two years. According to MusicWatch, the number of U.S. music buyers had fallen steadily since 2007, bottomed out at 80 million in 2014, and then rose to 85 million in 2015 and then to 89 million in 2016.

The fact that unique music buyers has risen as purchases plummet is evidence of premium services’ growing popularity. Track sales fell 24 percent in 2016 and have dropped 44 percent since peaking in 2013. The CD has practically become an artifact, although some small number of consumers will purchase downloads and CDs as long as retailers continue to sell them (and artists and record labels continue to offer them). Purchases of tracks and digital albums suffered a $502 million decline last year that was more than covered by the $1.1 billion growth in premium revenue.

4. Favorable trends in smartphones, autos and homes point to a growing premium market.

As goes the smartphone, so goes the premium service, a mobile-first product whose popularity and adoption is closely tied to life of the smartphones.

Surprisingly, the U.S. hasn’t yet reached peak smartphone penetration. By 2020 the U.S. will have 241 million smartphone users, up from 207 million this year, eMarketer estimates. Penetration rates will be highest in the 18–24 and 25-34 age groups (99.4 and 97.1 percent, respectively) that are premium services’ most avid customers. And a full 15 percent of these consumers will access the Internet only on their smartphones.

Two more growth areas are cars and homes. Pandora already has more than 24 million activations through native auto integration — that’s when the Pandora app is built into a vehicle’s “infotainment” screen — and more than 190 vehicle models have this native in-dash integration. In-home listening growth is coming from digital audio systems like Sonos, connected TVs, and most recently voice-activated smart speakers such as Amazon’s Echo and Google’s In Home.

The smart speaker offers tantalizing potential for premium services. IHS Markit estimates 45 million of these voice-activated devices will be in American homes by 2020. (Consumer Intelligence Research Partners estimates the Echo alone was in 8.2 million homes after Christmas 2016.) Just as with smartphones, smart speaker owners will be able to choose their preferred music service. That’s encouraging for Pandora. With a 43-percent market share, according to MusicWatch, Pandora is already the most popular music service on the Amazon Echo.

5. Existing Pandora listeners provide an efficient and cost-effective way to get Premium subscribers.

Pandora doesn’t have the same customer acquisition challenges faced by some other services. Each of the 77 million monthly users of the ad-free tier is a potential Premium customer. These listeners can be reached directly through email, social media, and through special events like Pandora’s exclusive livestream of last weekend’s country music Stagecoach Festival in Indio, CA.

Pandora Plus has acted as a test case for up-selling. Plus, the September update of Pandora One, the long-running subscription radio tier, provides insight into a Pandora users’ willingness to upgrade. From its re-launch in September through the end of January, Plus added 465,000 net new subscribers. What’s more, 70 percent of the these net new Plus subscribers were acquired on-platform. To find a consumer willing to pay for a streaming service, look no further than a consumer with a proven interest in music streaming.

6. Pandora’s strengths and points of differentiation set it apart from competitors.

The one thing that makes Pandora most unique is its Music Genome Project, a taxonomy of the musical attributes of the songs in its catalog. When combined with the knowledge gained from nearly 11 years of listener behavior, the Genome gives Pandora a unique ability to understand which songs a person will enjoy and when they’ll most enjoy them. Although newer competitors have put resources into recommendation engines, Pandora remains the top digital radio service in terms of listeners and share of listening (the latter from Edison’s “Share of Ear” Q4 report).

Another differentiator is a hallmark of Pandora products, ease of use. The Pandora listener isn’t expected to spend music time searching for music. Like the radio product, buoyed by its simple user experience, Premium does much of the heavy lifting. Two features stand out here. One is the “add similar songs” feature that builds a playlist by adding similar songs with the push of a button.

Another ease-of-use feature automatically creates a playlist using a listener’s recent favorites. When a user reaches a threshold of thumbs on a particular station, Pandora will create a playlist of those thumbed songs and will automatically add songs the more thumbs are received on the station. Again, the heavy lifting involved with making playlists—a foundation of the premium experience—is removed from the listener.

We’re entering a great age of the record business. If the forecast hits the mark, in four years could will be 51 million premium subscribers generating $6.1 billion annually at $9.99 per month, a large sum considering the entire US recorded music business in 2016 was $7.7 billion. (The average monthly revenue per user will actually be reduced by family plans, student plans and other discounts.)

Premium services’ growth in the U.S. is marching in lockstep with global trends. The IFPI estimates worldwide subscribers—U.S. included—to premium services rose 43 percent to 97 million in 2016 from 68 million in 2015. Clearly this product category is connecting with consumers.

As consumer sentiment is shifting, premium services are overcoming the factors that stunted their growth since the beginning of last decade. The first streaming services lacked ease of use. The smartphone helped changed that. Offline listening typically required a media player and downloads required a USB cable. The smartphone changed that, too. Early services provided few recommendations. Now a service like Pandora Premium deeply understands its listeners.

Today, premium services better satisfy consumers’ desire for mobility, recommendations and discovery. Improvements of these features have been instrumental in warming consumers to the idea of paying a monthly fee to stream — not outright own — music. This all didn’t happen overnight, but now the market is moving quickly.