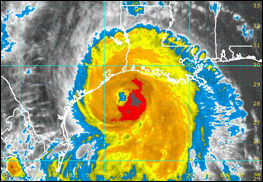 TEXAS (CelebrityAccess MediaWire) — The impending arrival of Hurricane Ike in Eastern Texas has led to a a host of events being cancelled or postponed in preparation for the storm. A partial list of these events includes:

NFL Football's Houston Texans vs. The Ravens has been pushed back to Monday at 7:30 p.m.

The Houston Astros vs. the Chicago Cubs has been postponed.

The Eagles at the Toyota Center has been delayed until October 2nd.

The Colorado County Fair has been postponed until next week.

The Eagles of Death Metal concert scheduled for Sunday, September 14, at the Meridian in Houston has been postponed. No new date has been announced yet.

The City of Round Rock Concert Series featuring the music of Los Texas Wranglers slated for Sunday, September 14 has been postponed to October 12.

Weekend performances by Bob Schneider and Graham Colton at Warehouse Live in Houston have been canceled.

Steve Tyrell's Saturday gig at The Grand Opera House in Galveston has been postponed with no rescheduled date yet available.

The 3 Doors Down concert with support from Hinder and Finger Eleven at CenturyTel Center in Shreveport has been postponed. The new date has not been announced.

Additionally, travel plans for touring artists may be in flux as many major airlines have cancelled numerous flights. Dallas/Forth Worth is a major hub and will be affected by the massive storm.