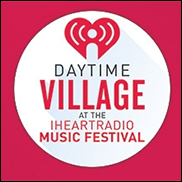 
Starting in early May, iHeartRadio listeners and Macy's shoppers will again have their chance to cast their votes for their favorite up-and-coming artists, and by voting, fans will also be entered for a chance to win a trip to Las Vegas for the 2016 iHeartRadio Music Festival. Fans will also hear the top five finalists' music on iHeartRadio via Macy’s exclusive mstyleradio, the retailer’s radio station which also broadcasts live in-store at Macy’s mstylelab Junior’s and Young Men’s departments nationwide. mstyleradio is a destination where fans can discover new music, enjoy their favorite hits and connect to the latest in fashion and pop culture.


"The 'Macy’s iHeartRadio Rising Star' contest continues to be a major highlight at the festival and a great way to expose up-and-coming talent in a big way,” said Jeff Howard, President of National Sales, iHeartMedia. “This partnership is extremely unique and together with Macy’s we have the ability to provide these emerging artists with national exposure and also continue to support music discovery with our audiences.”


The iHeartRadio Music Festival will broadcast live on iHeartMedia Contemporary Hit Radio (CHR) stations across the country that weekend including the iconic Z100 in New York; KIIS-FM in Los Angeles; Y100 in Miami; KISS FM in Dallas, Chicago and Boston; as well as many more, and will also be featured as an exclusive national television broadcast special on The CW Network at a later date.