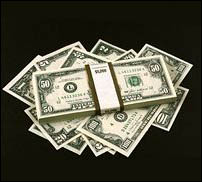 LOS ANGELES (CelebrityAccess) — Even in the face of an industry that seems intent on vertical integration by companies like AEG and Live Nation, the grosses of the top six independent promoters in the U.S. this year nearly doubled that of the major players.

According to a report by Billboard, the grosses of independent promoters such as Another Planet Entertainment, Bowery Presents, Jam Productions, Frank Productions, NS2, and C3 Presents combined increased by more than 15 percent for the year, compared to an increase of just 7.7 percent increase overall for box scores in the U.S.

Billboard noted that the indie promoters were able to carve out profitable niches for themselves, such as working with smaller, popular venues, or in the increasingly crowded festival market.

One such promoter, Another Planet, grossed almost $75 million in 2014, according to Billboard's Boxscore, working with popular small venues in the San Francisco area, such as The Independent and The Fox Theater. Other promoters, such as Don Fox and Beaver Productions, relied on long-standing relationships with established artists to gross $42.5 million this year, Billboard said.

“We’ve developed this niche where we’re able to take acts out of the theaters and into the smaller arenas in secondary markets that are way underserved,” Larry Frank, who is partners with his brother Fred Frank in Frank Productions. “It has been a win/win for all of us, the promoter, the buildings in these markets that are having a hard time getting shows, and for the acts themselves.”

Indie promoters have also been finding success in the festival market and Billboard reported that Austin, Texas-based C3 Presents saw their grosses increase by almost 10% in 2014. C3 is the promoter who successfully revived the ailing Lollapolloza brand, and the festival has now gone international, with events planned for Chile, Brazil and Argentina. C3's success has reportedly attracted the attention of Live Nation, who were said to be in advanced talks to acquire C3 Presents in October.

While C3 Partner Charlie Walker declined to comment to Billboard on the acquisition talk, he did point out how festivals allow smaller promoters to succeed in an environment where large promoters control a lion's share of the venues.

“It was a way to develop a business without the huge capital outlay of $15 million to $25 million that it costs to build an amphitheater in a market,” Walker told Billboard. – Staff Writers