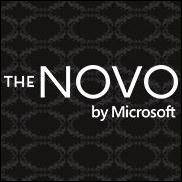 LOS ANGELES (CelebrityAccess) — Goldenvoice have teamed up with Microsoft and officially renamed L.A. LIVE’s Club Nokia to The Novo by Microsoft. The Novo takes its name from Latin, meaning “to make anew, renovate, renew, refresh”; capturing the new energy and excitement of the downtown L.A. venue.

The Novo will continue to be booked by Jeff Shuman, who joined Goldenvoice in the fall of 2015 from the Observatory OC/Constellation Room and Observatory North Park in San Diego. Since assuming booking responsibilities, Shuman has brought a new voice to the venue with a calendar at The Novo that will continue to bring a diverse mix of shows to the stage including Ja Rule & Ashanti, Madeon, Young Thug, Bone Thugs-N-Harmony, Parov Stelar, Snakehips, two nights of The Used, DJ Quik, and Tech N9ne and Dab Fest: Migos with Rich the Kid. Waka Flocka Flame will play to a sold out crowd on March 11th, the first event as The Novo.

The 2,300 capacity venue, formerly known as Club Nokia, has hosted over 250,000 fans annually since its opening in 2008. Exclusively booked by Goldenvoice, the venue has hosted the likes of Drake, Prince, Beck, QOTSA, Coldplay and more. The 59,000 square foot venue has also hosted special events including Fight Night Club Boxing Series, GRAMMY Museum Luncheon ft. Michelle Obama, TRON movie premiere and numerous VIP and after parties in the venue and accompanying VIP reception space. Located at 800 West Olympic Blvd, within L.A. LIVE at the corner of Figueroa and West Olympic Boulevard.


Microsoft will contribute cutting edge technology and expertise to the upcoming refurbishment and renovation of The Novo that will begin later this year, including upgrades to the venue sight lines, lobby area, venue signage and bar upgrades.