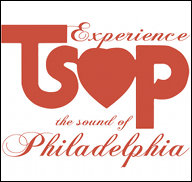 PHILADELPHIA, PA (CelebrityAccess MediaWire) — With preparations officially underway for a worldwide 40th anniversary celebration next year, Philadelphia International Records (PIR) is starting the party early with the Grand Opening this weekend of The TSOP Experience, an intimate new nightspot for showcasing and celebrating the legendary “Sound of Philadelphia” – past, present and future – in a live setting along the Avenue of the Arts.

The Sound of Philadelphia Souvenir Shop, located in the historic Philadelphia International Records building is being officially renamed The TSOP Experience, as it transforms every Thursday night into TSOP Thursday, a 55-seat adult-style nightclub for residents and tourists to embrace live performances by Philadelphia’s rising and established stars while surrounded by memorabilia and autographed wall murals celebrating the musical legacy of Rock and Roll Hall of Famers Kenneth Gamble & Leon Huff.

“Despite the tragic fire that recently destroyed our offices and recording studio, we just love that we’ve found a way to create an intimate venue," says Chuck Gamble, executive vice president of Philadelphia International Record according to the press release.

The TSOP Experience also will be a multimedia live experience. Every week’s performance sessions will be videotaped and streamed over the web at Gamble & Huff's website according to the press release. –by CelebrityAccess Staff Writers