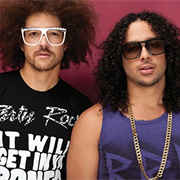 (Hypebot) – Legal action is in the house tonight. As the massive growth of the craft brewing industry continues, so too has the number of trademark disputes related to beer names. The latest involves the pop duo LMFAO's fear that Pigeon Hill Brewing Co.'s LMFAO Stout could potentially be confused with the band.


By Timothy Geigner on TechDirt


It's been quite clear over the past two years or so that the alcohol industry, and specifically the craft beer industry, has a massive trademark problem. The simultaneous and wholly related explosions of both the sheer number of craft brewers in existence and the unprecedented interest in craft brews has resulted in more threatened legal action than anyone could have anticipated. At the heart of the issue is the cultural practice of giving specific brews funky, funny, derivative and pop-culture-based names. Because of the number of brews being developed, these names often are met with concern by a secondary party who holds a trademark on something similar. Most often, these disputes come from other breweries.


But not always. Sometimes, indeed, they come from the strangest of places. Take the case of Pigeon Hill Brewing Co.'s latest offering, the LMFAO Stout. You already know where this is headed, don't you?


The latest case in a string of trademark disputes involving West Michigan craft beverage producers didn't come from a company in the industry, but rather from a pop music group..


The band, which bills itself as an “entertainment phenomenon,” alleges that Muskegon-based Pigeon Hill Brewing Co.’s LMFAO Stout infringes on its trademarked name, according to a cease-and-desist letter sent on Aug. 11. The letter caught executives at Pigeon Hill off guard as the brewery had researched potential trademark violations in the craft beverage space prior to labeling its beer, said Michael Brower, a co-founder at the brewery.

Yes, LMFAO, the band, sent a cease and desist to the brewery over LMFAO, the beer, claiming that consumers might somehow think that the band was now in the brewing business. You see, in today's permission culture, that the brewery actually took the step of searching to see if anyone had a trademark on LMFAO for alcoholic drinks doesn't really matter. Because LMFAO, the band, saw an opportunity for relevancy and jumped on it.


“We have a very famous mark,” Thilo Agthe, the attorney representing LMFAO, told MiBiz. “We have to be very careful in policing how that trademark is used and by whom. It’s possible that customers that purchase (LMFAO Stout) might associate that with the band.”


Agthe declined to comment on whether the group had specific evidence of customer confusion related to Pigeon Hill’s beer, citing the attorney-client privilege.

I can't honestly say that I've ever heard of attorney-client privilege being used as a shield for providing evidence of a trademark dispute in this way. Probably because it makes about as much sense as me putting my dog in front of a computer and shouting at her to make me a pizza. The whole point of a trademark dispute of this kind rests on customer confusion, real or possible. The proper answer to the question of "Why the hell are you bothering with this?" isn't "Haha I can't tell you because I'm a lawyer."


And we've seen more than enough of this "We must protect our trademark" excuse used in these types of disputes. A mark owner is bound to police the use of their mark within the industry andwithin the bounds of trademark law. It is most certainly not bound to police every instance of the words or phrases being used by anyone in any commerce forever and ever amen. Especially when it's been demonstrated clearly that the use by the brewery, in this case, has literally nothing to do with the band.


Pigeon Hill settled on the name for its LMFAO Stout, which stands for “Let Me Fetch An Oatmeal Stout,” after soliciting input from social media to crowdsource the beer’s name, Brower said.


Yeah, that isn't what LMFAO stands for and they know it. That said, what LMFAO does stand for has been around long before the pop band decided to utilize it for their name. I would expect any action brought by the band to be dismissed with haste.