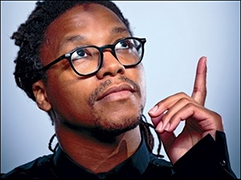 (Hypebot) –When Lupe Fiasco left Atlantic for 2014, it was the assumed that the Grammy winning rapper would land at another major. But for his first release since, Fiasco has chosen to launch his own label with support from an unusual source – Nashville based Thirty Tigers.

"DROGAS Light" is Fiasco’s first album since leaving Atlantic Records in 2014; and the first on his own new label 1st & 15th. The album features artists Ty Dolla $ign along with Rick Ross and BIG K.R.I.T.

A Score For 30 Tigers

The deal is a score for Nashville based label and indie services powerhouse Thirty Tigers. Led by David Macias, Thirty Tigers has been best know for their work in Americana (Jason Isbell, Sturgill Simpson, Darlingside and many others) and rock (last year's Santana Reunion).

Fiasco's move to launch his own label also underscores the more level playing field that streaming and other recent shifts in music provide indie artists.