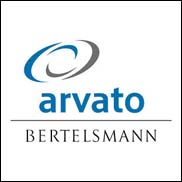 LONDON (Hypebot) – Numerous music retailers across the UK, including HMV, Amazon and indie music shops, are not getting music orders in a timely manner during the crucial holiday season. Arvato, a distributor that normally promises a 24 hour turnaround time, is said to be delivering orders up to 5 days late. The distributor is said to have underestimated Christmas sales, changes in order that increased transactions and even the popularity of vinyl. This is bad for everyone involved and has likely already affected seasonal sales.

Tom Pakinkis, reporting for Music Week, reveals that Arvato, who supplies outsourcing and supply chain services for a wide range of industries, dropped the ball on getting music to retailers in the UK.

Arvato's clients include Sony Music and Universal Music as well as Warner and indie distributor [PIAS].

Music Week was contacted by numerous music retailers last week concerned about the backlog which some described as 4 to 5 days late while others were said to still be expecting orders from as far back as November 20.

Clearly retailers are trying to use media attention to push Arvato into action, which is a smart move when time is short. Today Pakinkis reported on statements from the UK's Entertainment Retailers Association whose director said:

"There is huge anger among retailers who rely on timely deliveries at this important time of the year…Up to a week’s delay on orders is simply not good enough. What is more galling is that the issue was raised weeks ago and Arvato should have been prepared."

"This is not just an issue for retailers – it is potentially disastrous for labels, for artists and for music fans…If Arvato do not tackle their problems within days, it is likely that music simply won’t make it into many people’s Christmas stockings at all."

Time is running very short and, so far, all Arvato has said is that they're sorry, they're working on it and you can give them a call if you've got questions.