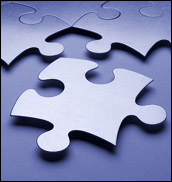 RICHMOND, Australia (CelebrityAccess MediaWire) — MCM Entertainment Group Limited (MEG) announced the appointment of Michael Gudinski and Philip Jacobsen to the board as non-executive directors, with Jacobsen appointed the Acting Chairman of the MEG Board.

Michael Gudinski is the Chairman of the Mushroom Group of Companies, and is widely recognized in the Australian music and entertainment industry. Gudinski was a director of the Company from December 2005 until March 2009.

Philip Jacobsen is returning to the MEG board having previously served as an alternate director of the group between December 2007 and March 2009. A CPA and chartered secretary, Jacobsen has been a long standing financial consultant to Gudinski’s Frontier Touring and Frontier Events companies.

Playoust said: “The Board restructure is the result of discussions over recent weeks to align the Board and the business with a plan that meets the challenges of balancing MEG’s old and new media businesses. The experienced executive management team led by Simon Joyce and the industry expertise brought to the table by Michael Gudinski and Philip Jacobsen form a great platform for MEG to continue to be a leading independent provider of digital media content, technology and services.”

The board today paid tribute to Playoust and his fellow outgoing directors.

As part of its ongoing cost control program for Movideo, MEG today announced that the China operation of the Movideo division would be closed immediately.

Joyce said that this did not detract from the group’s commitment to Movideo in Australia and Asia Pacific. Movideo CEO, Tony McGinn said “Movideo is committed to being a leading online video solution for media customers in Asia Pacific. To assist that goal Movideo is rationalizing its investment in its dedicated sales operations in China to allow for focus on customer retention and acquisition across the rest of APAC. This will ensure Movideo continues to establish itself as a major player in the online video market."

Commenting on the new developments at MEG, Joyce said in a statement: “Every media business faces structural and strategic challenges at this time, as new technology, broadband growth and consumer behaviour combine to drive rapid change in how people engage with content…We are at front and centre of this change, with assets spread across traditional media and the new digital media, so balancing investment and focus across both of these is a challenge for us – although a challenge by no means unique to MEG." — Crystal Lynn Huntoon