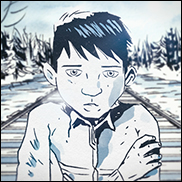 TORONTO (CelebrityAccess) — Mike and Gord Downie and the family of Chanie Wenjack have announced the creation of a new fund aimed at creating new relationships between Indigenous and non-Indigenous peoples.

The Gord Downie & Chanie Wenjack Fund is an outgrowth of Gord Downie's commitment to addressing Canada's somewhat unfortunate history with its indigenous populations.

“Our family and community are grateful that Gord is lending his voice to this important story,” the Wenjack Family said in a statement. Several members of the Wenjack Family will be present at the inaugural Secret Path performance at the National Arts Centre in Ottawa on October 18. A second concert will take place at Roy Thomson Hall in Toronto on Friday, October 21.

The Fund is currently operating out of the Toronto Foundation, with a majority of Indigenous peoples on its Board of Directors. It is being guided by the National Centre for Truth and Reconciliation.

The fund was inspired by the tragic story of Chanie Wenjack, an Ojibwe boy who was separated from his family at the age of nine and sent to Cecilia Jeffrey Indian Residential School. Wenjack escaped from the school in 1966 but died of exposure as he attempted the 600km walk to his home at the at Ogoki Post, on the Marten Falls Reserve.

Downie learned of Chanie’s story from a Maclean’s February 1967 article, “The Lonely Death of Charlie Wenjack.”

The fund announcement is accompanied by “The Stranger”, the first full song and chapter of Secret Path. Adapted from Gord Downie’s album and Jeff Lemire’s graphic novel, The Secret Path, which chronicles Wenjack's story. – Staff Writers