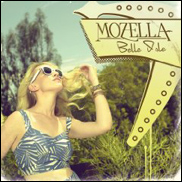 LOS ANGELES (CelebrityAccess MediaWire) — Motown artist, MoZella has unwittingly been dragged into the war between Google/Verizon and Apple/AT&T.

Verizon, the nation's biggest wireless network has concluded a deal to
develop mobile phones and other gadgets based on Google's Android mobile operating system. Verizon will introduce two Android phones this year and also plan to roll out a number of smart phones. Their goal is to take down the iPhone, the king of the smart phone Jungle.

Verizon has used the MoZella song "Magic (Oh Oh Oh)" in their iDont Droid Does TV ads, probably because it sounds like a song that Apple would use for an iPhone Advert.

MoZella said, "I'm happy that Verizon has used my song but I didn't know I
would be dragged into the spat between Google and Apple."

Click the link below to view the ad.
http://www.youtube.com/watch?v=dPYM-XTqcec