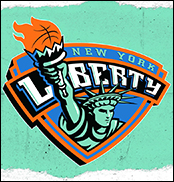 NEW YORK (CelebrityAccess) — The Madison Square Garden Company announced that it is seeking a buyer to take over operations for the WNBA team New York Liberty.

"We have been a strong and vocal advocate for the Liberty and the WNBA since the beginning. As the last original owner, I am proud of how far the league has come, and the role we have played in its growth," said Jim Dolan, executive chairman and chief executive officer of The Madison Square Garden Company. "This was a difficult decision for us, which we made after carefully assessing the needs of our business. We are confident that new ownership can build on the foundation we established over these last 21 years, and steward this incredible franchise into an even more successful future."

Originally launched in 1996 as one of the WNBA's eight original franchises, the Liberty has become one of the most popular teams in the professional basketball league. The team has also been one of the more successful WNBA franchises, and is second in all-time wins, having qualified for the WNBA Playoffs in 15 of its 21 seasons, and has made four trips to the WNBA Finals.