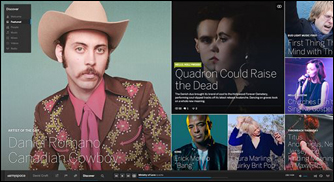 MENLO PARK, CA (CelebrityAccess MediaWire) — MySpace is reporting some cautious optimism following their relaunch in June and the company says that their audience grew from 24 million prior to launch to 31 million in its first two weeks and now sees 36 million people a day visit the website.

MySpace, which initially launched in 2003 was the social media darling, and a property that sparked a bidding war between media giants such as Viacom and News Corp, eventually being won by NewsCorp for $580 million in 2005. However, the arrival of Facebook on the scene quickly eroded MySpace's position in the market until News Corp sold the company in 2012 to a group of investors that included Justin Timberlake for just $35 million.

The company has gone through a series of efforts to rebrand themselves, shifting their focus to providing a home for music and band home pages, though previous efforts to recast the service have not met with much apparent success.

This time around though, it might be different. The company is reporting that the number of artists on MySpace has increased 340 percent since the relaunch, fuelled in part by artists including Pharrell Williams, El-P and Killer Mike (aka Run The Jewels), Riff Raff, and CHARLI XCX.

The company has also expanded its content offering with original programming including CRWN Presented by MySpace (Drake, Macklemore), Live At The Log Cabin Series (Run The Jewels, The 1975), and Music Video Collaborations With Artists We Like (TV On The Radio). As well, the company has also invested into high-production-quality live streams with an eye towards presenting web access to live events such as concerts, traditional television programming, live streams, such as Bud Light 50/50/1, X-Games Music, and the Jimmy Kimmel Live Streamprogram.

Encouraging signs to be sure, but the company still faces stiff competition in the content delivery and social media markets. Established competitors like Youtube, Netflix and Amazon provide a variety of streamed content and rivals in the social media world such as Facebook report average daily visitors of more than 125 million in the U.S. alone. – Staff Writers