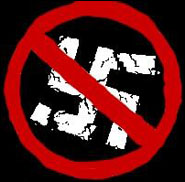 FARSTA, SWEDEN (CelebrityAccess MediaWire) – “The Local” has reported that ten youths were assaulted with sticks and glass bottles at an anti-racism concert in Farsta, in the south of Stockholm, on Saturday night. Police suspect that the attackers are neo-nazis.

Four of those injured required hospital treatment. One of them, an 18-year-old man, was taken to Karolinska university hospital in a serious condition.

"He was hit on the back of the head with a baton and was then punched or kicked in the head," said police spokesman Gunnar Samuelsson.

Three other youths were taken to Söder hospital for treatment, though none had life-threatening injuries.

"We believe that the attackers are neo-nazis. We don't have any descriptions. Witnesses said that they had black masks on their faces," said Samuelsson.

The concert was part of a campaign against racism organized by the youth wing of the Left Party, the Young Left. Seluah Alsaati, the organization’s leader, was at the event at Tuben in Farsta. Along with ten other guests she was standing near the entrance at around 10pm when between 15 and 20 people wearing black charged at them.

"They began throwing glass bottles at us and most of us tried to run up the stairs to safety," said Alsaati.

Several windows were smashed. Seluah Alsaati saw the injured 18-year-old lying unconscious and tried to pull him up the stairs.

"But it wasn't possible. They just continued to punch and kick him. It was really horrible," she said.

"I think it's obvious that it is Nazis who were trying to scare us into silence. But those of us who were there just felt even angrier and more motivated to continue the fight against racism."