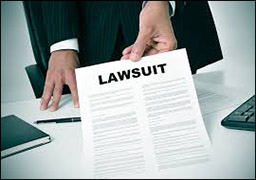 (Hypebot) – The recorded music industry is in the midst of a renaissance thanks to revenue from a single source – streaming. But a growing string of lawsuits filed by songwriters and publishers, and an aggressive new legal tactic by Spotify, threatens the company's pending IPO and could derail the industry's delicate recovery.

Over the last year, Spotify has been hit by numerous lawsuits alleging that it streamed thousands of songs without obtaining the proper licences. In recent days, that legal activity has intensified with a new lawsuit, superstar songwriters objecting to the recent settlement of previous one, and Spotify fighting back with a legal defense that, if successful, could change how artists and music companies are paid forever.

On Tuesday, hundreds of songwriters and publishers objected to the $43.4 million settlement of the class action brought against Spotify by musicians Melissa Ferrick and David Lowery. Tom Petty, Kenny Rogers, Zach De La Rocha and Tom Morello of Rage Against the Machine, The Black Keys' Dan Auerbach, Weezer's Rivers Cuomo, David Cassidy, Sony Bono's heirs, Kenny Rogers and others, many associated with music publisher Wixen, joined together to urge the court to reject the settlement,

"The Settlement Agreement is procedurally and substantively unfair to Settlement Class Members because it prevents meaningful participation by rights holders and offers them an unfair dollar amount in light of Spotify’s ongoing, willful copyright infringement of their works," reads the court filing (here).

Busch also represents the plaintiffs in three other songwriter and music publisher lawsuits against Spotify. In response to two of those lawsuits, Spotify made a new and unprecedented legal argument that streaming music does not constitute either reproduction or distribution under copyright law.

The Bottom Line: If Spotify's new legal arguments prevail, streams on Spotify would be treated and paid for like radio. That means that Spotify never needed to get mechanical licenses for these – or any – songs in the first place. Instead, music streamers would only need blanket licensing through a performing rights organization like ASCAP, BMI or SESAC.

It could get worse.

Under current U.S. law, that means that like radio, no payments would be made to performers and record companies for streaming.

Of course, Spotify has deals in place that guarantee payments to labels and this could just be legal one upmanship designed to force the plaintiffs to settle. But if this legal argument does prevail, Spotify would certainly have the upper hand during the next round of renewal talks with labels.

There is also great danger in these legal actions for Spotify. If lawsuits against Spotify continue to pile on, the financial exposure and distraction could delay or even derail the company's IPO, said to be planned for early next year.

As all of this plays out in the courts, Spotify is viewed by some as an enemy of the music industry. “As long as this is an active argument, we are in a state of war with them,” David Israelite, president and chief executive of the National Music Publishers’ Association (NMPA) told Billboard. Clearly, some songwriters, publishers and labels agree.