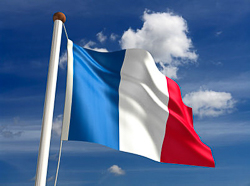 Thursday, France fell victim to another horrifying tragedy when a truck plowed through a crowd of people celebrating Bastille Day in Nice, injuring hundreds. According to French news reports, as of Friday morning at least 84 people were killed, including the driver, who was fatally shot by police.

In the wake of the attack, which is being treated as an act of terror, President Barack Obama issued a statement of unity and support.

"Our thoughts and prayers are with the families and other loved ones of those killed, and we wish a full recovery for the many wounded," Obama said. "We stand in solidarity and partnership with France, our oldest ally, as they respond to and recover from this attack."

Statement by the President on the Attack in Nice, France

On behalf of the American people, I condemn in the strongest terms what appears to be a horrific terrorist attack in Nice, France, which killed and wounded dozens of innocent civilians. Our thoughts and prayers are with the families and other loved ones of those killed, and we wish a full recovery for the many wounded. I have directed my team to be in touch with French officials, and we have offered any assistance that they may need to investigate this attack and bring those responsible to justice. We stand in solidarity and partnership with France, our oldest ally, as they respond to and recover from this attack.

On this Bastille Day, we are reminded of the extraordinary resilience and democratic values that have made France an inspiration to the entire world, and we know that the character of the French Republic will endure long after this devastating and tragic loss of life.

Celebrities from across the world have taken to social media to echo Obama's message of solidarity and to share their condolences with those who lost loved ones in the tragedy.

A rep for Rihanna confirmed to Billboard that the singer, who was set to play at the Allianz Stadium in Nice Friday night, is "safe."

"Due to the tragic events in #Nice, my concert scheduled for tomorrow July 15 at Allianz Stadium will not be going ahead as planned," the "Work" singer wrote on Instagram. "Our thoughts are with the victims and their families."

The cast of the "Fifty Shades of Grey" sequel was also in Nice at the time of the attack. Producer Dana Brunetti confirmed the cast and crew were safe.

The city's jazz festival, due to open Saturday, was also canceled, the president of the region that includes Nice announced.

A father and son from Texas and 10 children were among those killed by a terrorist who drove a heavily armed truck into a crowd gathered along a packed promenade in Nice, where thousands of French revelers had gathered to watch fireworks and celebrate Bastille Day. – Staff Writers

The Associated Press contributed to this report.