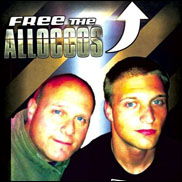 LUANDA, Angola (CelebrityAccess MediaWire) — N.J. promoter Patrick Allocco and his son, also named Patrick, both of AllGood Concerts are still languishing in the African nation of Angola in the wake of a pair of failed New Year's concert.

The concerts, set to feature rappers Nas and Jemiah Jai for two performances on New Year's Weekend never happened after both performers failed to post, leading to fraud charges being leveled against the Alloccos. Local promoter Henrique "Riquhino" Miguel fronted the Alloccos more than $300,00 for the shows and while Nas has reportedly returned the $300,000, Miguel is still seeking $75,000, claiming additional expenses related to the show the New Jersey Star-Ledger reported.

Meanwhile, the Alloccos remain in Angola. While the fraud charges have been dropped, the pair still have a hold on their passports, preventing them from traveling. The U.S. Embassy has advised both men to remain in their hotel rooms for their own safety, Allocco told the Star-Ledger.

"People keep reassuring us that there is some modicum of law," Allocco said. "We expect to be going home."

The U.S. State Department has said that the return of the Alloccos remains their highest priority.

"We have been present at all of their legal proceedings," said Victoria Nuland, a U.S State Department spokeswoman at a press briefing on Thursday. "We have also helped them to find English-speaking attorneys and other things." – CelebrityAccess Staff Writers