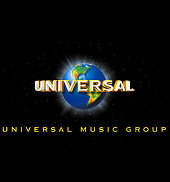 LONDON (VIP NEWS) — Universal Music has announced plans to release a series of new albums designed to raise the profile of emerging talent across its labels.

'Ntroducing' will be a digital only series containing a mix of brand new talent and more established young artists.

Aimed at a younger, gig attending, student / 20s market the album will be competitively priced at £7.99 which means the 13 tracks will be around 20% cheaper than anywhere else.

UMTV product manager bloke Chris Douch says of the scheme: “There is so much good music out there it’s not always easy to know where to start. We’ve taken a little inspiration from Hype Machine and are offering fans a guide to the best new offerings across our labels. We’re hoping that the price point, the focus on digital and the mix of known and lesser-known new artists will attract buyers and allow us to develop something really worthwhile”.

The intention is to release 3 albums in the first year and UMTV is committing 'significant' marketing resource to the project through its digital marketing team and a PR campaign from PPR Publicity's online division PPR Digital. A website & social media channels are all in the offing.

The track listing of the first album will look like this: