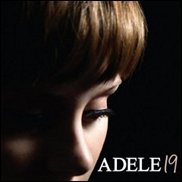 "The secret of Adele's success?  No festivals, tweeting – or selling out.
Soul superstar reveals how staying small has made her massive":

This is SO right it should be distributed to every wannabe musician to shed
light on the proper direction to take in a career.

It's about music.  And credibility.  And Adele has both.

The public believes her music is real and believes she's all about the
music.  That's another one of America's downfalls, executives wanting bigger
paychecks convincing vulnerable musicians that they've got to play with the
Fortune 500 and Clear Channel to get ahead.

People want to believe. That's what blew up music forty years ago, that's
what's been lost in the MTV/CD era.  People no longer believe the artists
are all about pursuing their craft, getting it right.  People can't identify
with artists the same way they can't identify with Lloyd Blankfein and the
rest of the Wall Street titans.  Come on, read that Mariah Carey tripe.  Is
this YOU?

But Adele is not a perfect physical specimen, at least by mainstream media
standards, and she's vulnerable and you can relate.  THAT'S the essence of
music.

Neil Young had it right.  Tying up with corporations sullies the art.  It
has a chilling effect.  Gilbert Gottfried might have put his Aflac income at
risk, but no musician would do this.  Hell, you can't get most musicians to
even evidence a political view, for fear of pissing off some potential
audience member in the hinterlands.

It's your name on the marquee.  Not Jimmy Iovine's.

Then again, Jimmy Iovine should be ashamed of himself for appearing on
"American Idol".  You've got to watch the final.  After all the media
hoopla, the testimony about J. Lo and Tyler, THESE are the contestants?
Charisma challenged tykes singing songs written by hacks?  Is this a joke?

Funny how only English acts will underplay.  Both Adele and Mumford could
sell more tickets, but think it would work against them.

Adele appears on the side of her fans, by railing against the special
packages made to cash in at the cash register but rip off buyers.

And no amount of Tweeting and Facebooking and online dunning will make up
for lame music.

And if you've got great music, the rest is superfluous.  We've got the means
to spread the word, the Internet is king, it's fast and it's seen as free.
We want to shove something down the pipe, something we believe in, that we
were not overhyped on, that we were not beaten over the head with, that we
think is on our side, something that speaks to the human condition,
something that's great on its own terms.

The public has voted.  They think that's Adele.