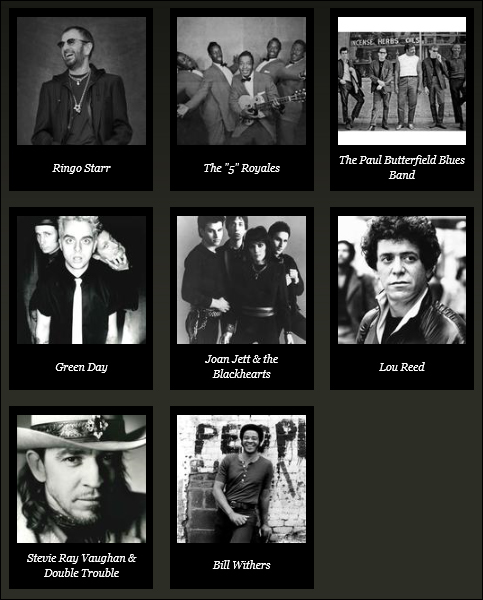 How did we get here? Where the only people who seem to care are those desirous of getting third-rate talent inducted and the old men who are on the nominating committee?


Once upon a time rock and roll ruled the world. They said it would never die.


The problem with rock is innovation has stopped. There are some good bands, but they barely test the limits, stretch the dynamics, of those who've come before. It's endless repeats of an old formula. And if you think that's interesting, you're probably addicted to your Nintendo 64.


Whereas music has twisted and turned, completely mutated since the core members were inducted.


Now the R&RHOF is all politics. Getting people in. And if you think Ringo Starr deserves to be in as a solo act, you've never heard Yes. "Roundabout" means more than all of Ringo's solo hits combined. But for some reason, prog rock is sorely underrepresented in the R&RHOF.


We've all got deserving admittees who are not.


But we've given up hope. When KISS and Rush are in before Steve Miller and Kraftwerk, never mind Deep Purple, those who truly care throw their hands in the air and ignore the whole process. They know it's flawed. That it's not about artistry, but connections.


And the R&RHOF lumbers on ignorant of the country's feelings. Making the ceremony bigger, including youngsters for the telecast the same way the Grammys include TV stars. This has got nothing to do with rock and roll.


Once again, rock is dead.


It was killed by greed. Michael Jackson put a stake in its heart with "Thriller." And everything good dies out. Or how did Billy Joel put it, "only the good die young"?


So close the doors. Throw away the key. The Museum of Modern Art doesn't include antiquities to broaden its appeal.


Let them have a Hip-Hop Hall Of Fame.


And if we're lucky, an EDM HOF right next to it.


And while you're at it, include a POP HOF. With a special one hit wonders exhibit that will draw throngs.


Just like Jann Wenner screwed up his magazine by shrinking its size and then publishing the unsubstantiated UVA rape story, he's ruined the Rock And Roll Hall Of Fame. Through myopia, by wielding tight-fisted control, by being so inside the bubble as to not know what's going on.


The R&RHOF is the kind of institution people would rather not be a member of. Madonna's got nothing to do with rock and some inductees are so far from luminaries, it's laughable.


And since the baby boomers have political power and money, they think they can foist their viewpoint upon the country and it will stick. Just like the Koch Brothers believe by spending enough money they can control the narrative, never mind Congress.


See that the biggest venue in America is the smartphone. And its stars are Snapchat and Facebook and they're all about getting people to connect and communicate. It's no longer about top down, but bottom up. The public rules. To see young and old farts blowing smoke at the R&RHOF ceremony is to witness something irrelevant, assuming we're paying attention at all.