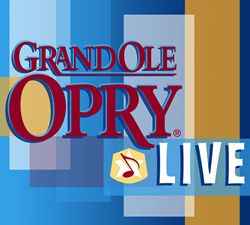 The multi-year deal is the first time the Opry has had a presenting sponsor in its 79-history. For an undisclosed amount of cash, Cracker Barrel gets its name added to the Opry as it officially becomes "The Grand Ole Opry Presented by Cracker Barrel Old Country Store."

Since the show launched in 1925, the Opry has had long and deep relationships with corporate sponsors such as Martha White Flour, as well as the show's longtime owner, the National Life & Accident Insurance Co. But none has ever stepped up to the level of presenting sponsor.

Cracker Barrel also has a long relationship with the show; it has sponsored a segment for nearly 30 years.

Nashville media analyst Robert Unmacht said radio programs such as the Opry were built on sponsorships and are a necessity if the show is to survive.

''If there is to be an Opry, there must be revenue, especially for the radio side of things,'' Unmacht said.

''There was a time when there was a waiting list to be on the Opry. Those days are over, and the quality of a few of the sponsors has been questionable. So I am happy they found a quality sponsor that fits the image of the Opry. If they don't keep finding them, there will be no Opry.''

Other terms of the deal include co-branded promotional mentions on the Opry's syndicated radio shows, three 60-second spots during broadcasts, banner advertisements, and daily advertising on a 70-foot sign outside the Opry House on Briley Parkway in Nashville. –by CelebrityAccess Staff Writers