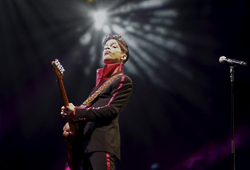 Through the deal, UPMG will handle service and administration for Prince's catalog, and work with his estate to continue develop new ways to exploit his music. The estate will retain ownership of Prince's music catalog, which contains numerous No. 1 songs in the U.S. including "Purple Rain," "Lets Go Crazy," "Kiss" and "Cream." In addition to his own recordings, Prince was a prolific songwriter for other artists as well, with credits including "Nothing Compares 2 U" (Sinead O'Connor), "Manic Monday" (Bangles), "When You Were Mine" (Cyndi Lauper), "I Feel For You" (Chaka Khan) and "How Come You Don't Call Me Anymore" (Alicia Keys).

"We are looking forward to continuing Prince's legacy and ensuring that generations to come will know his unique brilliance. I congratulate Jody [Gerson] and her team on this landmark deal. Since joining UMPG as Chairman and CEO in 2015, Jody has done a remarkable job at developing and signing some of the most important songwriters and recording artists in contemporary music highlighted by the addition of Prince's incredible catalog of work." UMG Chairman Lucian Grainge said.