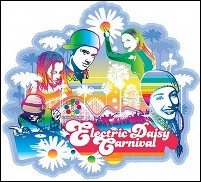 SACRAMENTO (CelebrityAccess MediaWire) — Reacting to a wave of criticism about a bill that would put statewide limits on raves, California State Assemblywoman Fiona Ma has pulled back the measure until she can get more information.

"Raves in California are notoriously associated with the use of the drug commonly known as Ecstasy. Many of the attendees are minors and the events have led to extensive pressure on law enforcement and emergency medical responders," the press release reads.

"Raves foster an environment that threatens the health and safety of our youth," said Assemblywoman Ma. "The introduction of AB 74 is the first step toward eliminating these dangerous events."

The bill, however, ran into a large chorus of boos from civil rights attorneys, event promoters, club owners and fans of the events. Among the criticisms was that the law poorly defined raves. Ma reacted by putting the bill on hold.

"After hearing from numerous members of the community, I have decided to convene stakeholder meetings to ensure that these tragic incidents don't happen again," Ma said in a statement issued Monday according to SoundSpike.

"From the beginning, my intent was to find common sense public safety solutions for large entertainment events at state owned facilities," the statement added. "I don't believe anyone wants the tragedies that occurred this year to continue happening. The stakeholder meetings will be inclusive and I commit to not moving AB 74 until meeting and hearing from all perspectives. This issue is complicated. We have to find a way to protect young people without compromising everyone's legitimate rights to enjoy themselves in a safe environment. I appreciate everyone's input throughout this process," according to SoundSpike.

AB 74 will prohibit raves on public property and prevent raves on private property unless a business owner has a license to host such an event. "The bill is not intended to impact traditional music concerts and sporting events. AB 74 is about cracking down on raves that harbor drug use and lead to teenage deaths."

In June of 2010, a 15-year-old girl died of a drug overdose and an estimated 120 people were sent to the hospital after a rave that was held at the publicly owned Los Angeles Coliseum. In May of 2010, two people died after overdosing at a rave held at the state-owned Cow Palace in Daly City and additional 5 attendees were hospitalized in critical condition. An additional 68 adults and 5 juveniles were arrested on drug-related charges.

"Raves are a state-wide problem and require a state-wide approach," said Assemblywoman Ma in a press release. "It's time that the legislature says enough is enough and provide law enforcement with the tools to shut down events that have displayed a pattern of fostering youth drug use."

According to the National Institute on Drug Abuse (NIDA), many young adults and teenagers attending raves and all-night dance parties are using so-called "club drugs." These drugs include MDMA (Ecstasy), GHB, Rohypnol, ketamine, methamphetamine, and LSD. The NIDA and other scientific studies demonstrate that such drugs can pose serious health risks including death, coma, amnesia, addiction, physical dependency, and long term neurotoxic, behavioral, and cognitive problems.